Posted by Rhoda Teplow Presents ; Posted on
For Sale (or Free) 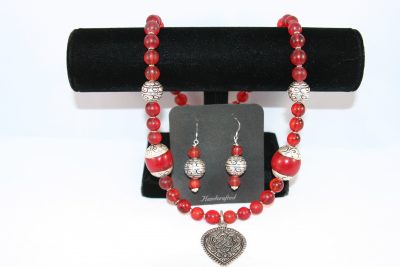 After graduating from the University of California in Berkeley, Teplow taught French at Saratoga High School before entering the Peace Corps. She was assigned to teach in Togo, West Africa.  In her village of Lama Kara she became acquainted with African trade beads which were actually millefiori beads that had been brought from the island of Murano in the Venetian Lagoon of Italy. Her first necklace consisted of those glass beads. Returning to California she accepted a job teaching at the Summerhill School on Road 409 in Caspar.  That house was used in the movie, “Over Board.” She began to teach the dances she had learned in West Africa and formed a dance company named “Ivory”.  For 10 years Teplow was the founder and director of the acclaimed Mendocino Dance Series bringing dance companies from around the world to Cotton Auditorium. After her years of producing, she was asked to be the agent for La Tania, the world-class Flamenco dancer who was living in Willits, CA. She later promoted the jazz singer Scotty Wright and booked jazz acts into the Ocean Club at the Hill House.  In the 1990s she began teaching all subjects at Coastal Adult School for the Fort Bragg Unified School District.

Rebecca Jarrett, owner of Anansi Village, asked Ms. Teplow to work part time in sales.  It was at Anansi Village that Rhoda once again started making jewelry out of African beads.  Since then, she has been displaying her jewelry in Fort Bragg at Depot-Vente and Edgewater Gallery, the Mendocino Art Center, Artists’ Collective of Elk, the Dolphin Gallery, and the Willits and Gualala Art Center.  Her newest location is Caspar Curiosities. Her body of work incorporates her own porcelain beads, brass from the Ashanti tribe, recycled glass beads from the Krobo tribe in Ghana, and beads she has collected from around the world during her travels. She is now proud to be using hand carved jade from the middle fork of the Eel River in Mendocino County which she took in 2013, 2015 and 2017 to represent her collection in the cities of Miasa, Azumina and Omachi, Japan. 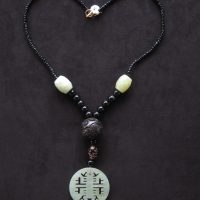 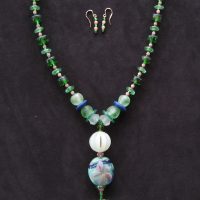 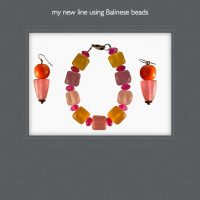 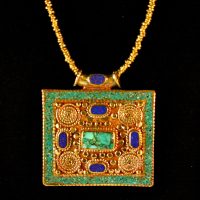