Minutes from the December 12, 2011 Roundtable

The meeting was called to order at 1:05 by Alyssum Wier.

Alyssum reported on the ACMC website refresh:
ACMC’s website is in the process of being revised by Torrey Douglass, working with Alyssum and Bill Mulvihill. It will look similar to the way it looks now, but it will be better organized and a bit easier to use. It will still run Joomla content management system, but its calendaring software will be changed to Zap Calendar, like the 9 other arts organizations who participated in the Mendocino County Arts Website Improvement Project. Some other sections have been significantly improved, especially membership and the arts directory. In response to a question from Diane, Alyssum reported that the following websites have been designed and created through this grant and are currently live: SPACE, Mendocino Ballet, Hilos de la Vida, Ukiah Players Theater, Mendocino Music Festival. Sites which are still in the process of entering content and not live yet: Arena Theater, Grace Hudson Museum, Mendocino County Museum and Art Center Ukian. The Community Foundation funding has now all been used so there will be no new websites under that program, however others can go directly to Torrey Douglass at Lemonfresh Design and get a quote.  ACMC recommends her services.

Alyssum reported briefly on GASP grants, which are now in their 7th year, and the related professional development program which was funded by the Community Foundation and is now in process to expand arts education further.

Anne Beck reported on ACMC’s new membership campaign, distributing the new membership levels/costs and a “Why ACMC Matters” document showing what ACMC does to advance its mission.  ACMC’s goals for this change are to become more financially supported by its members since it is receiving less financial support from the county and state governments, focus more on business membership/sponsorships, and to present membership costs and values with more clarity and rationality. We think we have done that but welcome input from everyone.  Katie Gibbs suggested that we make the first item on our “Why ACMC Matters” list better reflect all the arts rather than visual arts.

Bruce Jones reported on ACMC’s new “Art In Public Places” and “Creative Placemaking” goals. These came about because the Board of Supervisors likes the projects ACMC has been facilitating, and put the requirement for an “Art In Public Places” goal into its contract with ACMC. The ACMC Board got excited about the possibilities and started documenting its previous projects with the objective of putting materials together based on what we have learned, in order to help get more of these projects started around the county – at least one per year. As we documented them we realized some things we needed to do for such projects to have more of a chance of success with less financial risk.  Later in the meeting, we realized that Pattie DeMatteo has been implementing a number of projects that are very compatible with this planning, so we will pursue some joint work on how to encourage, support and facilitate “Art In Public Places.”

Gloriana will host a tech workshop in January on their digital light board and related equipment.  They are hoping to interest some young people involved in modern theater technology, to go along with their workshops on building dramatic and vocal skills.  Diane said she has identified an area where Gloriana must improve – list/database management, specifically volunteers/donors/mailing lists – and wondered if anyone else had such a need. Several others seemed to have exactly the same problems and talked about the software involved (Raisers Edge, Sumac, Filemaker Pro, Past Perfect, and Access) and consultants who do a good job on the subject Rennie Innis ( rennie@mcn.org) is a file maker pro master and Anna Kvinsland ( kcs@mcn.org) former ACMC director.

Lost Coast Culture Machine is having an interesting show with an SF/Mendocino artist who deals with found and repurposed items.  They have just about got their new paper-making facility completed and the building is being painted.

Mendocino Museum is redoing its native American exhibit with more input from tribal organizations.  The exhibit will be more interactive.  They have a “solar pioneers” (history of photovoltaics) exhibit coming up, and Alison is working with the wine commission on a published history of wines in the county – lots of oral histories involved. The museum is planning on facilitating another community outreach project, themed “Mendocino flavors” in January.  Their “Why Mendocino?” collage project from last year is on display at the Ukiah Depot. They are planning on hosting a “Mini Maker Fair” in March at the time of the County Science Fair, on the Mendocino College campus.  Maker fairs are a new popular item, including inventors, along with a lot of crafts and DIY stuff.  (Perfect for Mendocino County, a very “DIY” place.)  In 2012, for its 40th anniversary, she is trying to put together a Chataqua project – like a one week intellectual variety show.  In 2015, the museum expects to host the traveling “Lincoln and the Constitution” exhibit.  Their challenge, similar to that of other nonprofits, is that they are understaffed.

Mendocino Stories and Music Series has been working on performances at Hill House and the Mendocino Hotel, including four Crab & Wine events, plus a Tall Tales Contest (annual) and Ukelele Fest at Caspar Community Center (annual) and a Bob Dylan festival.  Pattie reported that tourists have saved her programs and she is working to publicizing more to cultural tourists.  She recommends posting event to the www.visitmendocino.com web calendar because a bi-weekly listing of events there goes to lodging establishments.

Mendocino Writers Conference is working on several things in addition to its annual 3 day conference:
Workshops on writing at the Senior Center and Las Abuelitas
Poetry slams for young people — together with several social services organizations, at College of the Redwoods. These are apparently getting at risk youth into literary arts and working to counteract the lure of gangs.

Art Center Ukiah and the Corner Gallery are working on a “Fruits of the Sea” exhibit, in parallel with Crab and Wine promotion, but need more artists.  Please submit work!

Symphony of the Redwoods shared their new “Visual Violins” fundraising raffle.  Kris is looking for places to display the violins in advance of the raffle.  The symphony has collaborated with the Fort Bragg Unified School District to purchase risers for Cotton Auditorium that can be shared between the symphony and the high school students.  The risers are there now and are available for use.

Suggested topics for next meeting:
Outreach to schools
County-wide planning and calendaring
Continuing with Cultural Tourism
Economic Aspects of the Arts

The meeting adjourned about 3 pm. 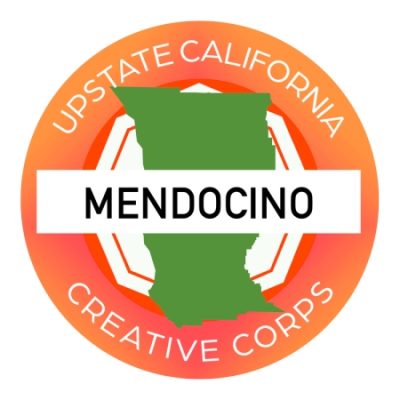 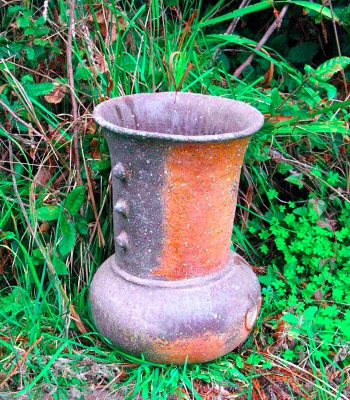 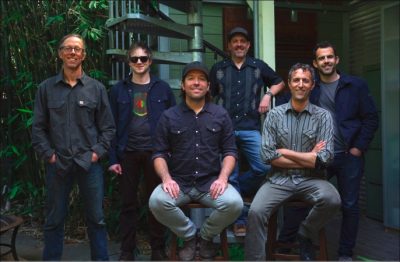