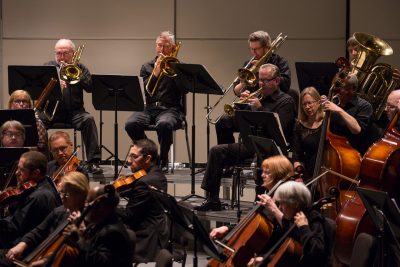 The Ukiah Symphony presents, “Vienna’s Masters,” a concert at Mendocino College Center Theatre on December 1 and 2, 2018.

The Ukiah Symphony Orchestra, under the direction of Music Director, Les Pfutzenreuter, will perform the “Triple Concerto for Violin, Cello, and Piano in C major, Op. 56 by Ludwig van Beethoven with the Bay Area’s Milou Trio: David Goldblatt, Diane Nicholeris and Gwendolyn Mok.

The orchestra will also play the “Overture to Don Giovanni,” by W. A. Mozart.  The Mendocino College Choir, under the direction of Janice Hawthorne Timm, will join with the orchestra to perform “Paukenmesse” (Timpani

The Ukiah Symphony Orchestra, under the direction of Music Director, Les Pfutzenreuter, will perform the “Triple Concerto for Violin, Cello, and Piano in C major, Op. 56 by Ludwig van Beethoven with the Bay Area’s Milou Trio: David Goldblatt, Diane Nicholeris and Gwendolyn Mok.

The orchestra will also play the “Overture to Don Giovanni,” by W. A. Mozart.  The Mendocino College Choir, under the direction of Janice Hawthorne Timm, will join with the orchestra to perform “Paukenmesse” (Timpani Mass) by Joseph Haydn.

For more information about these musicians, please go to www.ukiahsymphony.org

Article below by Roberta Werdinger

This unusually rich program directs the audience’s attention once again to the centrality of music in troubled times. As the violinist tunes his or her strings to create just the right force of tension across which to draw the bow, and the oboist breathes just enough force into the instrument to produce a resonant sound, so the orchestra as a whole delivers a sonic force field that unifies musician and audience through the power of each member’s effort. “Music goes through almost every synapse and helps remap the brain,” claims Hawthorne Timm, who will be making her orchestral directing debut for this concert.

Mozart wrote the first part–the overture–to his famous opera Don Giovanni last. The 31-year-old composer, harried by creditors as usual and trying to repeat the success of his last opera (The Marriage of Figaro), boarded a coach in Vienna and headed north to Prague on October 4, 1787. With the rest of the music for the opera written, Mozart still had to direct the parts to be copied for the orchestra, singers, and chorus as well as write the overture. He finally did so, in what orchestra director Les Pfutzenreuter describes as “one of his huge bursts of creativity.” Scholars disagree on whether he completed the opera on the day of the first performance or the day before–but either way, Pfutzenreuter marvels at “how fast Mozart worked, under pressure and not.”

Honoring the musical legacy of 18th century Vienna is also expressed with the Milou Trio playing Beethoven’s Triple Concerto for Violin, Cello and Piano in C Major. Beethoven composed the piece for the Archduke Rudolph of Austria, a lifelong friend, patron and student of the composer. As the concerto was a departure for Beethoven–“really something new” he wrote to his publisher, of the unprecedented combination of instruments–so it is also the first time the Milou Trio will perform this lyrical and moving work in concert.

Composed of three highly accomplished musicians and teachers from the San Francisco Bay Area–Diane Nicholeris, violin; David Michael Goldblatt, cello; and Gwendolyn Mok, piano–the trio was formed when Nicholeris and Mok met up again at San Jose State University, having been fellow students in the 1980s. As Nicholeris describes it, “we decided to pick up where we left off,” telling Mok, “I know a wonderful cellist.” The three of them have a busy schedule performing in the Bay Area and on the east coast, in addition to Mok’s teaching at San Jose State and Nicholeris and Goldblatt’s membership in the San Francisco Symphony, along with other performing and recording activities. “It’s really a joy to work with Gwen and David,” Nicholeris states. “Everyone brings so much to the table.” She describes their job as getting across to the audience “what Beethoven is trying to convey; what is great about this piece and why we are playing this now.”

The program also includes Haydn’s 1796 Paukenmesse (Timpani Mass), a rousing series of movements which Pfutzenreuter calls “truly symphonic in concept and scale.” Also named Missa in tempore belli (Mass in Time of War) to commemorate Austria’s longstanding war with France, the persistent use of the timpani (kettledrum) in the piece is thought to suggest the cannons of war.

“I do feel like I’ve been waiting for 25 years to do this,” comments Janice Hawthorne Timm, the interim director of the Mendocino College Choir after Pfutzenreuter retired from his faculty position last year. With a master’s degree in choral conducting and 30-plus years of experience of vocal coaching and directing choirs, Hawthorne Timm relishes the opportunity choral work provides to train people of all ages and backgrounds in a supportive environment. “I like to let people make music and edit it once it’s out there. I’m the editor,” she explains. This approach means that Hawthorne Timm believes in organizing and encouraging people to sing in groups and then working on technique, rather than the other way around. “The breath supports everything,” she adds. “I don’t wait until people have learned the notes to make music.”

“I believe every person is born musical and the instrument we are born with is our body,” Hawthorne Timm muses. “Babies have an immediate response to music; even deaf babies respond to sound vibrations. Helping people find that music inside themselves enables them to withstand the stress of the world and stand up for what they need.”

Vienna’s Masters takes place Saturday, Dec. 1 at 8 p.m. and Sunday, Dec. 2 at 2 p.m. at the Mendocino College Center Theatre. The Theatre is wheelchair accessible. Tickets are $30 for adults, $25 for seniors age 65 and up, and free for ASB card holders and everyone under 18. Tickets are available at the Mendocino Book Company at 102 S. School St. in Ukiah or online at www.ukiahsymphony.org

For further information please call the Ukiah Symphony hotline at 707 462-0236.

Tickets are available now online at www.ukiahsymphony.org.  They will also be sold at the Mendocino Book Company in Ukiah beginning November 3 and at the Mendocino College Center Theatre “Will Call” table 30 minutes before the December 1 and 2 concerts begin.

Ticket prices:  general $30; seniors 65 and older $25.  Students with an ASB card and those under 18 will be admitted at the Mendocino College Center Theatre door 30 minutes prior to the start of the concert. 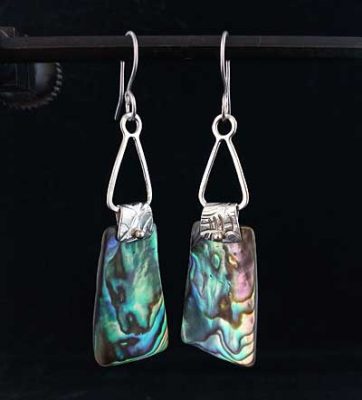