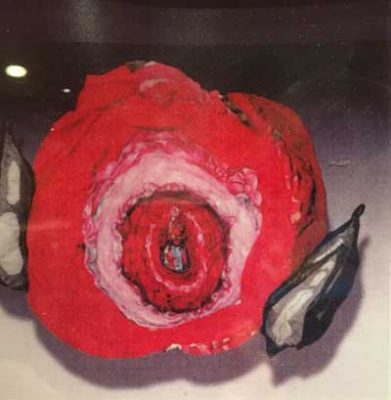 These quilts were displayed in the store windows of Ukiah’s downtown in 2002, attracting the attention of Eve Ensler and her film crew, who featured Ukiah along with four other locations in Ensler’s 2003 documentary film V-Day: Until the Violence Stops.

A pop-up exhibit of original art quilts, collectively known as the Vagina Quilt Project, will open at the Grace Hudson Museum on the evening of January 3, 2020, from 5 to 8 p.m., as part of the Museum’s First Friday

These quilts were displayed in the store windows of Ukiah’s downtown in 2002, attracting the attention of Eve Ensler and her film crew, who featured Ukiah along with four other locations in Ensler’s 2003 documentary film V-Day: Until the Violence Stops.

A pop-up exhibit of original art quilts, collectively known as the Vagina Quilt Project, will open at the Grace Hudson Museum on the evening of January 3, 2020, from 5 to 8 p.m., as part of the Museum’s First Friday Art Walk. The quilts, created in response to Eve Ensler’s groundbreaking 1996 theatrical work on sexuality and sexual violence, The Vagina Monologues, will be on view through Friday, Jan. 17.

The Museum will also screen Ensler’s 2003 film V-Day: Until the Violence Stops, a documentary in which Ukiah is one of the featured locations, on Sunday, January 12 at 2 p.m. Both of these events are free.

The issue of sexual harassment, trauma and assault “grabs me both personally and professionally,” states quilt artist Betty Lacy. Having survived childhood molestation, Lacy found the issue repeatedly raised in her work as a psychiatrist. “All you have to do is bring it up and someone will say they have been through it,” she comments.

The need to find language for a previously taboo but widely shared experience fuels many art as well as political movements. In The Vagina Monologues, the personal and the political powerfully fuse. Ensler’s one-woman show includes stories of women’s pleasure, pain, shame, and pride in relation to their vaginas. She demonstrates how this mostly hidden part of female anatomy has been subject to disgust, reverence, aggression, fascination and indifference, often simultaneously. The play also includes disturbing stories of sexual violence, spurring Ensler to become an activist in the field.

Lacy was “bowled over” after seeing The Vagina Monologues in San Francisco, resolving to bring the play to Ukiah. She turned to fellow quilt artist Laura Fogg and the other members of the Mendocino Art Quilt Guild–12 women total–and embarked on the Vagina Quilt Project. Each woman sewed a quilt employing her own personal imagery to express her experiences and ideas about womanhood. The quilts were then hung in the storefronts of Ukiah’s downtown in 2002. After she noticed some people viewing the quilts by night, with flashlights–perhaps uncomfortable doing so in the daylight–Fogg began offering guided tours.

Events then conspired to bring Ukiah to national attention. Ukiah Players Theatre cofounder and dramaturge Kate Magruder organized a production of The Vagina Monologues in Ukiah right as Ensler and a film crew were making the “V-Day” documentary. The film highlights communities subject to sexual violence in Kenya’s Rift Valley; in the Philippines; in the Pine Ridge reservation in North Dakota; and in Harlem, New York City. Ukiah became the fifth featured community when Ensler, having heard a small but mighty town in Northern California was staging a production of her show, had her film crew drop into town. They filmed the Vagina Quilts in the store windows; a meeting of the Mendocino Art Quilt Guild; local women’s personal testimony to sexual violence; and the performance of the play itself, which included the support of Tony Craver and Gary Hudson, Mendocino County’s sheriff and undersheriff at the time, who showed up wearing pink boas.

“This experience is as relevant to men as to women,” notes Fogg, of the latter phenomenon. Attendance at the play, the film and the quilt exhibits “has been pretty equal. It’s not anti-male–it’s anti-violence.”

Lacy agrees, adding that this artwork is about “celebrating ourselves as human beings. There’s been a hyperfocus on our body,” even while some parts are subject to shame and silence. That’s why Ensler and her many collaborators encourage people to “name it,” to end the silence and complicity which only encourages more sexual harassment and assault, even while the beauty, joy and resilience of women and their anatomy are also named and celebrated.

The first weekend in January will also be the last one to view Stitching California: Fiber Artists Interpret the State’s People, Life and Land, a juried exhibition of 42 works of finely crafted and innovative quilt art. Stitching California will be on view through Sunday, January 5.

General admission is $4; $10 per family; $3 for students and seniors; free to all on the first Friday of the month; and always free to members. 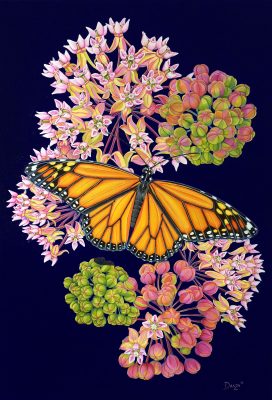 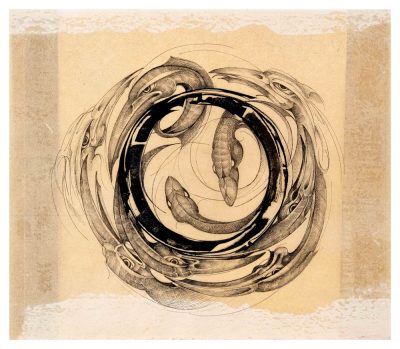