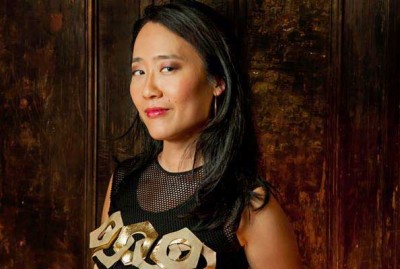 Winning a 2014 Chamber Music America/Doris Duke Foundation “New Jazz Works” grant (given each year to support the compositional efforts of U.S. based jazz artists) enabled pianist/composer Helen Sung to fulfill a long-time dream: to create Sung With Words, a collaborative project with the celebrated American poet Dana Gioia. Utilizing jazz and poetry as powerful catalysts to create new music, Sung With Words is Sung’s first recording to feature all original music, consisting of vocal works where Gioia’s poems serve as lyrics, as well as instrumental compositions inspired by words (for example, her Lament for Kalief Browder). Dana is from Northern CA, lives in Santa Rosa, and is California’s State Poet Laureate.

Jazz writer David Adler perceptively states in his liner notes: “The affinity between jazz and poetry stretches back to Langston Hughes and others writing in the “Jazz Age” of the ’20s, forward to the Beat Generation and up to today. Poets played a central role in the ’60s avant-garde and free jazz, not to mention the current intertwined exchange between jazz and hip-hop. In recent years, Andrew Rathbun has composed works inspired by Margaret Atwood; Luciana Souza by Neruda and Elizabeth Bishop; John Hollenbeck by Kenneth Patchen — the list goes on.”

Now, Sung and Gioia enter the fray, and with aplomb! Sung first met Gioia at a White House State Dinner and discovered he was a fan and champion of jazz (during his term he spearheaded the revival of the National Endowment’s Jazz Masters Award into the robust program it is today, and his younger brother is noted jazz author Ted Gioia). Poetry hadn’t been an area of focus for the pianist/composer so she was intrigued to meet a ‘live’ poet. “Dana has a fascinating story, both personally and professionally, and one of his many gifts is his ability to make poetry accessible and even enjoyable for the layperson, similar to how Wynton Marsalis does with jazz,” Sung says. Elaborating further, “After high school required poetry, I stayed away, remembering how I disliked feeling unsure of a poem’s meaning, worrying that I was the only one who didn’t ‘get it’.”

In conversation with Gioia, however, Sung found her footing: “I admitted my general feelings about poetry, and he said, ‘Don’t worry too much about literal meaning. Read the poem out loud, listen to how the words fall rhythmically, how they flow, how the consonants and vowels sound, and meaning will come – usually sideways.’ It was a revelation! I also discovered when I would imagine lines of poetry as a melodic phrase or rhythmic pattern, it would illuminate the words and the poem would come alive with meaning. I soon thought, why not make this into a song? This led to the desire to create a full-length album of songs, and I couldn’t think of a more exciting and inspiring collaborator than Dana when I applied for the Chamber Music America ‘New Jazz Works’ grant.”

Sung With Words also reflects Sung’s fascination with the direct connection vocalists have with the listener. Unlike instrumentalists who deal purely with sound, vocalists are armed with lyrics that can be readily understood by the listener – they can be storytellers in a very tangible way. “It has been a great learning experience dealing with words – building sonic worlds around Dana’s poems that express what those words mean to me,” says Sung. “In my research for writing the music for Sung With Words I found inspiration in music where words, rhythm and sound are interwoven in ways that move me – music of artists such as Stevie Wonder, Earth Wind and Fire, A Tribe Called Quest, Me’shell Ndegeocello, Esperanza Spaulding, Terri Lyne Carrington, etc. I have a great respect for the art of song-writing and wanted to answer the challenge: to present Dana’s words in my own musical language – as an honest distillation of what I hear, and how I hear.”

Helen Sung is a pianist of great breadth and excellence, able to enrapture an audience as a soloist; one of the few pianists in the world who can perform in a duo setting with the legendary Ron Carter; lead a trio with such fire and absolute brilliance that it will transport you back to the heyday of Bradley’s in the 80s/90s; or, dive into a larger formats ranging from Quartet to Big Band (as evidenced by her contribution on Jazz at Lincoln Center’s 2017 Blue Engine release Handful of Keys). Steeped in the blues and post-bop, with an affinity for Monk, but also able to expertly deal with James P. Johnson and Jelly Roll Morton, Sung has worked with a “Who’s Who” in jazz, including the late Clark Terry, Ron Carter, Wayne Shorter, Wynton Marsalis, Terri Lyne Carrington, the Mingus Big Band and MacArthur Fellow Regina Carter. A graduate of the Thelonious Monk Institute of Jazz, Sung knows the tradition and uses this bedrock to build upon and expand her artistic vision. Her recorded output reveals a composer and bandleader, second to none: Push (2003), Helenistique (2006), Sungbird (2007), Going Express (2010), (re)Conception (2011), and Anthem For a New Day (2014). Sung With Words is a thrilling next step in the pianist’s glorious and inspiring evolution, and Sung fittingly declares, “It’s been a great adventure and I look forward to sharing this music with the world!”

The Jazz Calendar on the NCB website lists upcoming performers, dates and times. North Coast Brewing’s Sequoia Room is the place to enjoy live Jazz on the Mendocino Coast. 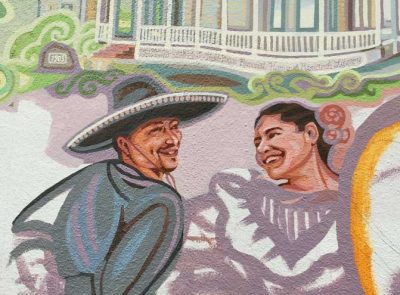 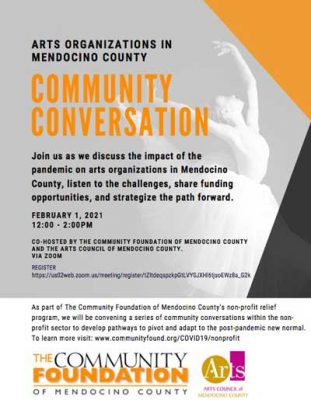