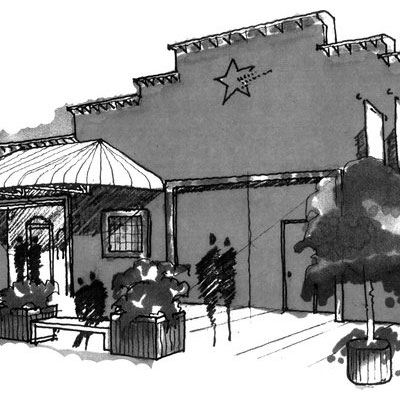 The Willits Community Theatre will hold two auditions for Steve Martin’s wild and crazy comedy play, “Picasso at the Lapin Agile”, which will be produced this coming September. The first audition will be held on Friday, May 12 from 7pm to 9pm in Room 106 at the Ukiah Methodist Church, 270 North Pine Street, in Ukiah.

The second audition is on Saturday, May 13 from 1pm to 3pm at the WCT playhouse, 37 W. Van Lane in Willits.

The show runs in Willits from September 8 through Sept. 24. Copies of the script are available at the Willits Library and Ukiah Library. For more information about the play please call the director, Jim Mastin, at 621-0021 or email him at jwmastin@pacific.net.
“Picasso at the Lapin Agile” is Steve Martin’s hilarious rumination on what might have happened had revolutionary artist Pablo Picasso met world-renown physicist Albert Einstein, in a small, out of the way Parisian café in 1904. In the play, both characters discuss their main fields of interest – art and physics – and both ruminate on the unknown source of the ideas that each feels is about to turn the world inside out and upside down. As the play draws to its close, the twin titans of art and science are joined by a third character, who visits them from the future: a rock ‘n’ roll singer from the United States who looks and sounds a whole lot like Elvis Presley.
The result is both a serious contemplation of the nature and origin of genius and a spoof of that contemplation. Directed by Jim Mastin, Picasso at the Lapin Agile promises to be a delightful experience for cast members and the audience alike.