Posted by KZYX ; Posted on
Call for Artists 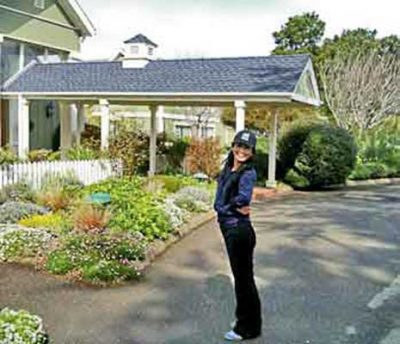 Join in the 15th annual revival of the Mendocino Spring Poetry Celebration, held heretofore at the Hill House in Mendocino. This year we’ll distance by smartphone, and email audio for broadcast on KZYX FM, Mendocino County Public Broadcasting.

The deadline for contributions is JUNE 14, and the virtual main event will be aired on JUNE 21, the solstice and first day of summer. Auspices abound.

Wherever you are, you needn’t miss participating. It’s an open poetry reading. Follow host Dan Robertrs’ friendly directions below, and send up to four minutes of audio to Dan and me by JUNE 14. This spring harvest of poetry will be broadcast beginning JUNE 21 and in succeeding weeks.

Learn how to get your good words into audio: see host Dan’s instructions below. Easy as emailing photos, really!

The 2020 Mendocino Spring Poetry Celebration will be a virtual production, and broadcast on KZYX on my show RhythmRunningRiver beginning June 7, with the main reading Sunday June 21.

Since large gatherings are unsafe and banned, we are asking that you submit your poems by recording them and emailing them to me and Gordon.

IT IS AS EASY AS SENDING A PHOTO IN AN EMAIL, REALLY!

I have heard the sentence “but I’m a technophobe!” from Armand who, by following simple instructions, has gone on to record numerous poems of very decent audio quality. Here is what Armand did for his first smartphone poem:

If you do not have a smartphone, you will need to borrow one for an hour. Sincerely, the process is easy. The tricks are being in a quiet room, how you hold the phone relative to your mouth, and not moving your hand on the phone while recording (find a place where you can set the phone a foot away from your mouth without hands is best.). The other trick is to make a recording, listen to it and see where it could be better, and repeat. Then simply email it.

Most laptop computers also have built-in mics and the ability to record, that too is an option, but for most people a smartphone will be simpler and sound better. If you have a problem with the process, ask a techie friend or anyone under 30- they would love to help.

Please speak in this order: your name, and then the title, at the beginning of the poem. Within the app there is a choice to email the recording, that’s it!

The RULES – submissions must be no longer than 4 minutes! (You can see the exact length after you record it). This could be a combination of several shorter poems or just one. Avoid the 7 deadly words so that I can broadcast your work without the Puritans at the FCC pretending that they will torch the radio station in the name of decency.

DEADLINE. Please get them to me and Gordon by JUNE 14. Earlier submissions may be used on the June 7 RhythmRunningRiver.

iPhones (Apple) The Voice Memos app is often overlooked, but it offers by far the simplest way to record audio from the iPhone microphone, here’s how it works:

• Open the “Voice Memos” app located on the iPhone.

• Tap the red record button to start recording the voice or audio, when finished tap again on the same button to stop recording.

How do I record audio on my iPhone?

On iOS, the built-in Voice Memo app can capture perfectly fine audio, and you can improve it even further—just not within the app itself. Instead, head to Settings > Voice Memos > Audio Quality and change the quality to Lossless.

INSTRUCTIONS FOR ANDROID PHONES (All but Apple)

On Android phones open the Voice Recorder and do the same thing. You can send the mp3 right from that app.

Email the audio files to both me – outfarpress@saber.net and Gordon – gblack@mcn.org